All about Vientiane, Laos

This post is about:
Laos Visa, where to stay in Vientiane, sightseeing Vientiane, Cope Centre, Buddha Park, etc.

It was time yet again for another visa run for us and because Air Asia had a good offer on, we decided to go to Vientiane, Capital City of Laos. On arrival visa is pretty easy, all you need is 1 passport picture, two forms to fill out (one you get on the plane the other at the airport) and some US dollars. A German pays 30$ a British citizen 35$. Why the difference? No idea.

After we had immigration behind us we shared a taxi to the centre of town which cost us 7$, which is the normal price and as we had not booked any hotel in advance we went on the search which turned out much more difficult than expected. Vientiane is by no means
a sleepy communist town with only backpackers visiting, instead there were so many tourists which we did not expect. Due to this fact the hotels were either cheap and dirty. full, or fairly expensive maybe not for European standards but definitely for asia.

We decided on the Mali Namphu for 300.000kip a night, as it had a lovely court yard and was right in the city centre. After 3 nights we moved and stayed in the Mixok guest house for 130.000kip, room was small but not too bad considering it was less then half the price of Mali Namphu.

If you travel in season to Vientiane it might be an idea to pre book a hotel and if it is only for the first few days and then look around whilst there.
Sights in Vientiane are quite rare, mainly the morning and night market, That Luang stupa (biggest in Laos) buddha park

We are currently in Vientiane Laos and are staying in a lovely guest house called Mali Namphu. I shall update this blog as soon as we get back to Langkawi. If you want you can follow us on Facebook for short updates on our journey, just search for FionaUdo inasia on Google. 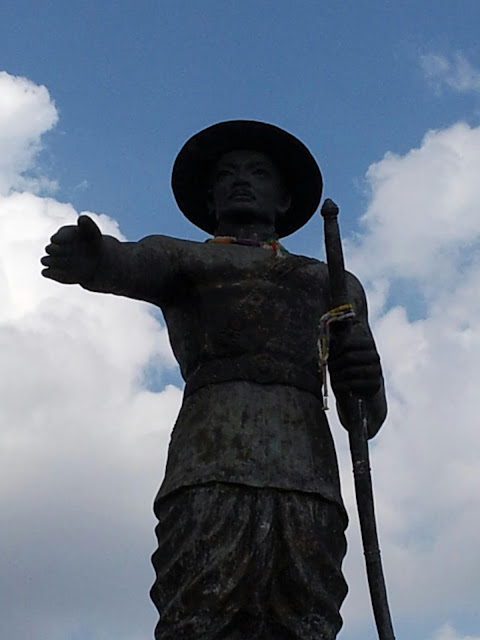