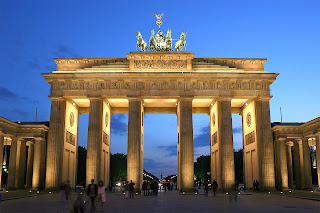 January was quite a difficult month for us. It all started when we tried to sell an Item on Ebay where we nearly became victims of fraud. Someone bid far too high on the article to stop other bidders and 7 seconds before the end the high bid was withdrawn and the item went well below value. It took several emails and phone calls with Ebay as well as fighting the crook off threatening him with police action to get it all sorted. Then we made an enquiry with the ADAC for our health insurance and were told we had to be registered for the full period of cover in Germany, what would not be possible for us as we are leaving for good. This gave us quite a head ache and we were looking for alternatives which proved extremely expensive and we actually thought our plans would end here. Luckily after another phone call with the ADAC in Munich, the first information was wrong, as only when you make the application you have to be registered, so.... problem solved.
Next was the Thai Embassy and again it involved several calls to get the information we needed, but unfortunately not what we had expected. It is very costly to get a years visa if one is under 50 years of age, so back to the drawing board. The result is: We are leaving Berlin at the end of April with our Camper Van, travelling firstly through Germany, saying our good - byes to friends and relatives. Beginning of May we shall then travel on to the UK to see Fiona's mum and family; again to say farewell. Whenever we have enough of England or the chance for a cheap flight we then move on to Malaysia (on entry a 3 Month Visa) make a couple of Visa runs which will the mean I am 50 which will make it possible to get a 1 year visa for Thailand.
In between all these problems we had a broken water pipe in our flat, resulting in water dripping from the ceiling. it is repaired now, but the walls are wet and we are slowly getting mould on there. It is definitely time to leave soon. So far my update, all this is absolutetly backed up by the weather, gray, cold, snow or rain. Not very nice at all, but we are still going and that is a nice feeling.
Email ThisBlogThis!Share to TwitterShare to FacebookShare to Pinterest